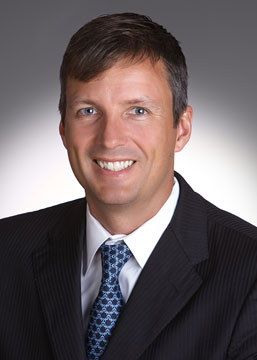 Andrew Meade is an experienced trial lawyer with a focus on complex business disputes. In his 17 years of practice, Andrew has handled high-stakes litigation for international corporations and “bet-the-company” cases for small business owners.

He was born in Bethel, Alaska and he grew up in the cattle country of western Nebraska. After high school, Andrew served his country from 1994-2000, as an airborne soldier in the U.S. Army National Guard.

Andrew moved to Texas for law school, where he attended the University of Houston Law Center. After law school, he clerked for Judge Henry Politz of the U.S. Court of Appeals for the Fifth Circuit from 2001-2002. He returned to Houston and began his career as an attorney with the boutique litigation firm of Hicks Thomas in Houston, Texas, where he worked from 2002-2008. Andrew left Hicks Thomas to create his own law firm and subsequently co-founded Meade Neese & Barr LLP.

Andrew and Meade Neese & Barr LLP handle a wide variety of complex civil cases for businesses and individuals, including business partnership disputes, securities and financial-sector litigation, energy-sector litigation, ERISA litigation, antitrust, and breach of contract. He brings an aggressive and focused approach to dispute resolution that is shaped to each client’s unique litigation goals and needs.